“Hey Windsor Mountain, Your Archery Field is Lame!” (and other partial truths)

“Hey Windsor Mountain, Your Archery Field is Lame!” (and other partial truths)

Is there a better reason to think of summer and camp than digging out from a massive blizzard that crippled New England? I declare not! Believe it, the WMI kitchen opens in four months, and campers will be floating around the deck, playing ping pong and eating cheese sticks, in no time. So here is the latest and greatest coming out of one of your favorite summer camps in Windsor, New Hampshire (technically there are three, so…).

The Lameness of the Windsor Mountain Archery Field

Okay, I’m going to say it – OUR ARCHERY FIELD IS LAME. Yes, that’s right. It is pretty lame. Correction – it WAS super lame. We are going to ramp things up on the archery field for this summer. Here is one idea: 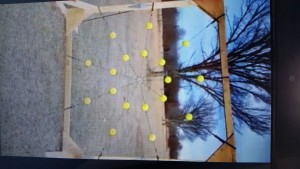 Another idea we have is to set up a pulley system for moving targets. Do you think you can hit an apple off of a pedestal? How about a floating balloon? Well, you’re going to find out this summer. Also, Bob is going to be building us a shelter so that we can do archery in the shade. Other ideas? Pass them along! Archery forever! (Okay, that may have been a bit much…)

The Ice Cream Business is for Real

Yes, it is happening. Windsor Mountain, with the help of campers and staff, will be operating an ice cream business down in Hillsboro this summer. This is a camp-wide project, and everyone can be involved in one way or another. From naming flavors and décor, to scooping the ice cream and interacting with the customers, there is lots to do, and we are excited about this fun new enterprise. But there is something that we are missing – a name for the business!

So, of course, we need a contest to resolve this little problem. If any camper comes up with a name that we end up using, that camper gets (1) a flavor of ice cream named after them; (2) a special ice cream party for that camper’s bunk, and; (3) the immense satisfaction that you named the ice cream shop. Is there anything more valuable in the world? (This is a rhetorical question that needs no response, thank you).

Many of you probably wonder, “What do the WMI staff members do in the off-season when they are not at camp?” Well, you are going to have to keep wondering because the updates that follow are completely false and bear no relation to reality.

2015 has had an interesting start for Marc Roberge. After deciding to become a long-distance race car driver in Arkansas, Marc had the aim of becoming the first person to ever drive around the world – literally. When someone shared the news that there are oceans that make world travel by car difficult, if not impossible, he abandoned his dream and has since found employment as the University of Arkansas Football Defensive Coordinator. Marc has excelled in this role and has legally adopted 6 of his players. After leaving Arkansas, he moved to Hollywood to try out for a role in the new Indiana Jones movies under the stage name Robes (yes, just Robes. No last name, just Robes. Kinda like a Brazilian soccer player). Keep your eyes peeled on IMDB for updates, or just ask him yourself during the summer!

Since moving to the Northwest Territories of Canada, Gabby followed the Gold Rush of wealthy Russians and gnarly woodsmen to the city of Yellowknife to hit the big time, and oh boy did she hit the big time! After taking up competitive cup stacking, with the aim of making it to the Northwest Territory Cup Stacking Championships, Gabby, or as the locals call her “Stacker Jack”, has made cup stacking a full-time profession. Constantly performing her stacking routines for weddings, religious ceremonies, and she is even due to appear at the half time show at the Canadian equivalent of the Super Bowl, we are lucky that Stacker Jack will be returning to Windsor Mountain this summer. Congratulations also are in order as Gabby recently married a giant bear from the Canadian woods. She also has a Miley Cyrus hair cut now.

Here we unveil one new WMI staff member who will be joining us at camp for the first time. Unlike the above information, this all is true. 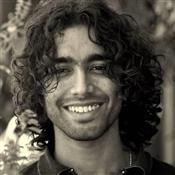 Krishna hails from Mysore, India, and is a great friend of former WMI staff member, Kamakshi. Krishna has been practicing and teaching yoga in India for almost 20 years, something that is a great passion for him. But Krishna’s talents, skills and interests don’t stop there. He is a Shorin Ryu Seibukan Shodan/Black Belt Certified from Okinawa and has been teaching this art for years. Krishna also is an avid film-maker, mountain-biker and swimmer. (He reminds me of me (Jake) in that we are both human and from Earth.) We are excited to welcome Krishna to camp this summer.

As many of you know, Global Routes, the international service and adventure program arm of Windsor Mountain, will be coming into its 48th summer this year! As each season passes, the programs, leaders and alumni community become stronger, bigger and have a profound effect on those they reach around the world. This year is certainly no exception, with programs already starting to hit capacity, NOW is the time to act if your older sibling, adventurous cousin or great school friend has ever expressed interest in making a difference in the world, exploring distant lands or getting a taste for new cultures. With small numbers, highly experienced staff and proven success in the communities we visit, Global Routes is a life-changing experience for its students.

Here is a snippet from our Dominican Republic program:

Tropical jungles, dense mangrove forests, white-sand beaches, fertile valleys, vast savannas and the highest peaks in the Caribbean mark this island country as a place of extraordinary diversity and dramatic beauty. While the Dominican Republic is famed for its history as the first site of Spanish settlement in the New World, the story of its people extends far before that to when the indigenous Taino Amerindians and their ancestors inhabited the island. Today the DR has a vibrant island culture which passionately celebrates its folklore, Latin music, and of course, baseball. Discover the festive spirit of this country’s joyful people as you immerse yourself in the daily ritual of rural village life.

Just what you have been waiting for – information about camp forms! Camp forms will debut next month. We will send you an email when the forms are “live” and you can begin diligently completing them by logging into your CampInTouch account. Thank you all for cooperating and getting us this important information about your campers.

Speaking of camp forms, we are very excited to announce that this summer we will be using a pre-packaged medication service. Participation in this program is mandatory for all campers taking prescription AND non-prescription medications. You will submit your camper’s prescriptions to a particular pharmacy and will pay your co-pay only – there will be no additional charge for this service. All medications will be delivered directly to camp in individual camper packages clearly labeled with camper name, medications and instructions.

This service will provide an additional safeguard against medication error, and our nursing team will spend less time organizing and dosing medications and more time providing care for campers. We are very happy to provide this new service for our camp families at no additional cost.

Please save the date for our annual family work weekend April 25-26, 2015. Families are invited to join us for a fun-filled weekend at camp where we work and play together getting camp ready for summer 2015. We will be raking leaves, moving docks, preparing the garden and more. At night, we’ll enjoy homemade meals and games together. We hope you will join us! More information to follow in this great annual community-building event.

Stay in touch, stay warm, and please pass along any great camp ideas you have!