Final Chapter of the Book that was Windsor Mountain 2014 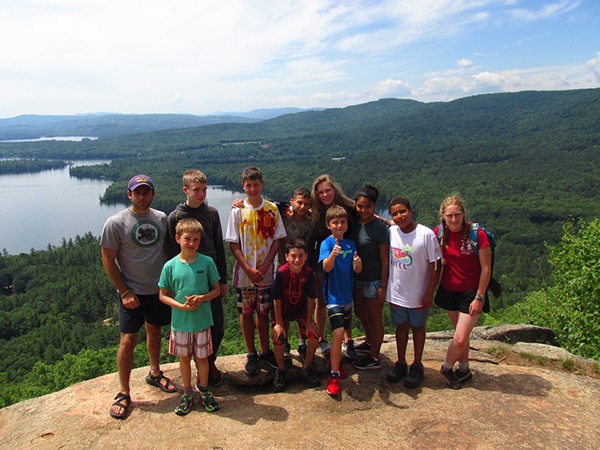 Final Chapter of the Book that was Windsor Mountain 2014

We at Windsor Mountain always have so much to look forward to each year. The beauty of the snow glistening on a winters day, watching the March thaw, introducing the new life it brings with it; enjoying our homegrown and handpicked staff flourish during staff orientation, over two months of our wonderful campers having the summer of their lives but, also, the sneaky weekend of Columbus Day where everyone returns, almost two months after they left. Reunion is arguably the best weekend in the Windsor Mountain calendar.

We are usually blessed with spectacular weather and 2014 was no different. The sun was beating down on us on both mornings, the mists lingering on the sports field and the wildlife, which has bravely returned after camp has calmed down, frolicking in the meadows. We had a similar daily schedule to that of camp with program activities following morning meeting. Cider making, pumpkin carving, haunted house preparations, scarecrow building, baking and apple picking were just some of the fun activities that we all got involved with over the weekend.

The only bad news for the campers was that Helena and Eduardo were not in the kitchen this weekend, as they had to return to their home countries of Mexico and Columbia, but never fear! Marco lead a fearless fight with the small crew of him and Margret Fitz preparing meals of almost 100 three times a day (special mention to Greg Weiss for the help and support!). Really spectacular effort by the two of them!

During morning meeting on Saturday, however, Jake announced a bombshell – during Martin Luther King weekend in January 2015, camp will be hosting a Winter Camp weekend! Imagine camp, reunion and snow all put in the blender and cooker at 375, Winter Camp is what you would be left with! More details to follow…

The highlight of the weekend, in my opinion, had to have been Sunday night. A Haunted House in the community building and a Halloween ball in the dining room was a blast. Josh, our resident video lab guru and Haunted House expert, lead a group of campers decorating the costume cave into a spooky, mist filled house of ghouls and goblins! An oil lantern lit hayride, driven by Windsor Mountain friend (and father to staff members Curtis and Christy!), Pat Hines lead the staff and campers alike to the haunted house while Ben O was DJing up a storm in the dining hall. Dancing, games and caramel apples greeted everyone on our final evening. Great memories for years to come!

Now it’s time to batten down the hatches in preparation for Winter! Bob and his crew will be hard at work securing the living units, making left minute prep before the New England weather limits us to plowing, shoveling and indoor work!

Thanks for an excellent 2014 season, and we hope to see some of you in January…